In recent years when Valentine’s Day rolls around there seems to always be a good soulful R&B concert to go to in London town (UK). This year was no exception and it was sorely needed in light of the recent shock passing of Whitney Houston. The line up at the HMV Hammersmith Apollo was a mouth watering one for those of us over 25, and possibly for a few discerning youngsters. Silk, Dru Hill, Ginuwine & SWV were all on the bill meaning the title of R&B Superstars was more than justified.

END_OF_DOCUMENT_TOKEN_TO_BE_REPLACED

It’s not often that I really look forward to an R&B concert where Ne-yo doesn’t feature but this had to be one of them. We arrived early to the Hammersmith Apollo with a view to getting a good place to stand, only the circle was seated, and this turned out to be a good strategy as we were fairly comfortable most of the evening.

No less than three R&B heavyweights in one evening was a tantalizing prospect.
Jon B has to be one of the most underrated and talented artists out there, he’s still best known for his 2001 hit Don’t Talk & 1998’s They Don’t Know but he has done so much good music since then that just hasn’t been promoted well. Jagged Edge are still extremely well-known as an R&B vocal group who have had hits such as Let’s Get Married which showcase their ability to harmonize over a hip-hop beat much like BoyzIIMen used to do. And Joe, who as it turns out was the winner of the i-Tunes awards R&B category this year, is one of the smoothest flawless singers you will ever see on stage. He has hits such as I Wanna Know & Where You At that span decades now and appeal to a wide age range.

END_OF_DOCUMENT_TOKEN_TO_BE_REPLACED 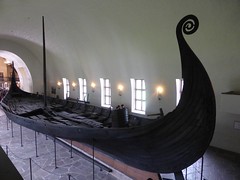